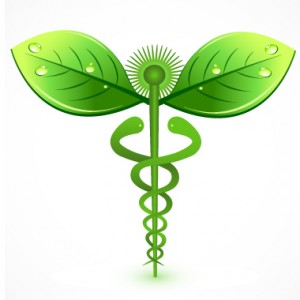 When I wanted to learn more about complimentary and alternative medicine, I researched many areas, but found my home in Functional Medicine.  I liked the fact that it looked at the whole person, the web-like interaction of the body’s systems, asked why a person was having a symptom or constellation of symptoms, and treatments involved restoring normal balance and function rather than just treating symptoms.  It was also all based on well-established scientific studies.

Example 1:  A young man I had seen briefly years before returned from living in Europe with his girl friend to consult with me about his longstanding Anxiety, Depression, Insomnia, and impaired memory.  After taking a careful history, it was determined that he had not responded to many different medication trials in Europe.  I asked him to do a Diet Diary for me, to write down everything he ate.  A week or two is usually sufficient, but he was diligent and returned with a month of data.  I think even he was surprised when I pointed out that he had really only had one serving of a green vegetable the last month.  I asked him to eat at least 5-6 servings of vegetables and that I preferred 7 servings.  I asked him to also explore the produce area of his grocery store and to eat as much variety as possible.  He returned after another month reporting that after about 3 weeks, his symptoms of Anxiety, Depression, Insomnia, and impaired memory all resolved.  He also noticed that he had a particular burst of energy each time he ate a large portion of watercress.  Even though he had tried many treatments in Europe and had suffered for years, after this simple treatment, he felt no need to return, for his presenting symptoms were resolved.

This is a somewhat extreme case, but where are you on the spectrum, since studies repeatedly show that the average American does not get adequate vitamins and minerals in their diet?  The reason for this is because most people do not eat 5-6 servings of vegetables per day (and more recent research shows people who eat 7 servings are even healthier).  The other reason is because the nutritional value of food is less than before because of our high volume industrial farming techniques.  Also the number one vegetable consumed by children in this country is potatoes, in the form of French fries, not a particularly rich source of phytonutrients.

Example 2:  Let me give you another example of a Functional Medicine approach.  When my mother went in for her first follow-up colonoscopy 18 months after colon cancer surgery, she had been complaining of fatigue for several months.  A recurrent colon cancer lesion was discovered, but since it was at a pre-cancer stage, surgery could not be recommended yet.  The Gastroenterologist said to come back in three months for a repeat colonoscopy and be prepared for surgery because he was sure it would be full blown cancer by then.  Functional Medicine teaches that cancer comes on more in the elderly because the body does not have the energy to fight it.  I did a specialized Functional Nutritional tests (most likely not available in your primary care doctor’s office) and discovered that my mother was mainly low in Carnitine.  We normally make Carnitine in the liver and kidneys and it helps convert fat to energy.  Things do not work as well in the elderly and some people, due to genetic differences, have special needs.  I gave my mother Carnitine and she reported a noticeable improvement in her energy.  When we returned for the repeat colonoscopy, the Gastroenterologist said the lesion was completely gone.  He said he knew he was looking in the right place because he had tattooed the lesion and he could see his tattoo mark, but the tissue was completely normal.  Mother continued on Carnitine and never had colon cancer again.  The case of my mother illustrates the basic philosophy of Functional Medicine.  Rather than just treating the cancer lesion with surgery, I asked why she was having the symptom and I also looked at her as a whole.  Her reported decreased energy was an important part of the puzzle.

When children present with symptoms of Attention Deficit Hyperactivity Disorder or ADHD, we also take a comprehensive history.  In my experience those children who also have frequent runny noses and ear infections, I recommend a specialized blood test, again not routinely available in the pediatrician’s office.  This blood test (better than a skin test or antibody test) exposes the white blood cells in culture to foods, environmental chemicals, food additives, food colorings, and mold.  When we remove the items the child is reacting to for 3 to 6 months (depending to how reactive they are), the attention, hyperactivity, and behavioral problems improve by about 50%.  It is then much easier to treat the remaining ADHD symptoms.  Nutritional deficiencies and imbalances of gastrointestinal flora can also contribute to ADHD symptoms.

Example 3:  Besides the intake of vegetables, there is also the issue of genetics.  When I did the Functional nutritional test noted above everything was good (because I take high quality vitamins and eat a good diet), except Zinc was low.  That made sense to me because I had already determined that I had Hypochlorhydria, or low stomach acid, and we need Zinc to make stomach acid.  My Zinc was “functionally low,” meaning I needed more than the usual amount because of a genetic variant or polymorphism.  We all have variations in our genes called polymorphisms.  “Poly” for multiple and “morph” for form, meaning our genes and the enzymes or catalysts they produce, come in different forms.  In Functional Medicine, we are taught to look at illness and symptoms as sometimes resulting from these polymorphisms.  We then can treat a symptom or illness with a simple supplement and restore balance and natural functioning rather than taking a medication to block the symptoms.

Lets look further at my low stomach acid as a common example.  I was having symptoms of acid reflux, which is called Gastro Esophageal Reflux Disorder or GERD.  A common treatment for GERD is Nexium, the number 4 most commonly prescribed medication in the U.S. in 2014-15.  The pharmaceutical industry and mainstream medicine just looks at the symptoms.  Since there is a problem with acid reflux, lets produce a drug, which blocks that symptom, thus drugs like Nexium.  There is no thought as to why the person is having the symptom and little consideration for the consequences of blocking stomach acid.  Stomach acid is there for a reason.  It sterilizes our food, it is important in breaking down proteins, and it initiates the release of the digestive enzymes and bicarbonate from the pancreas.  Studies are now coming out that the acid blockers are a big contributing factor to the alarming increase in the difficult to treat Clostridium difficile (C. diff) infections, as well as other gastrointestinal infections.  There are other problems from blocking stomach acid, such as decreased absorption of protein and vitamins and minerals from our food.  Isn’t it a more elegant solution to take some Zinc (if deficit) and supplemental HCL and restore normal functioning?

I could give you many more examples of the benefits of a Functional Medicine approach to mental and emotional problems, and will in subsequent Blog Posts.  Be sure to also read how Acupuncture and an Oriental Medicine approach can play a role in restoring good Mental Health.