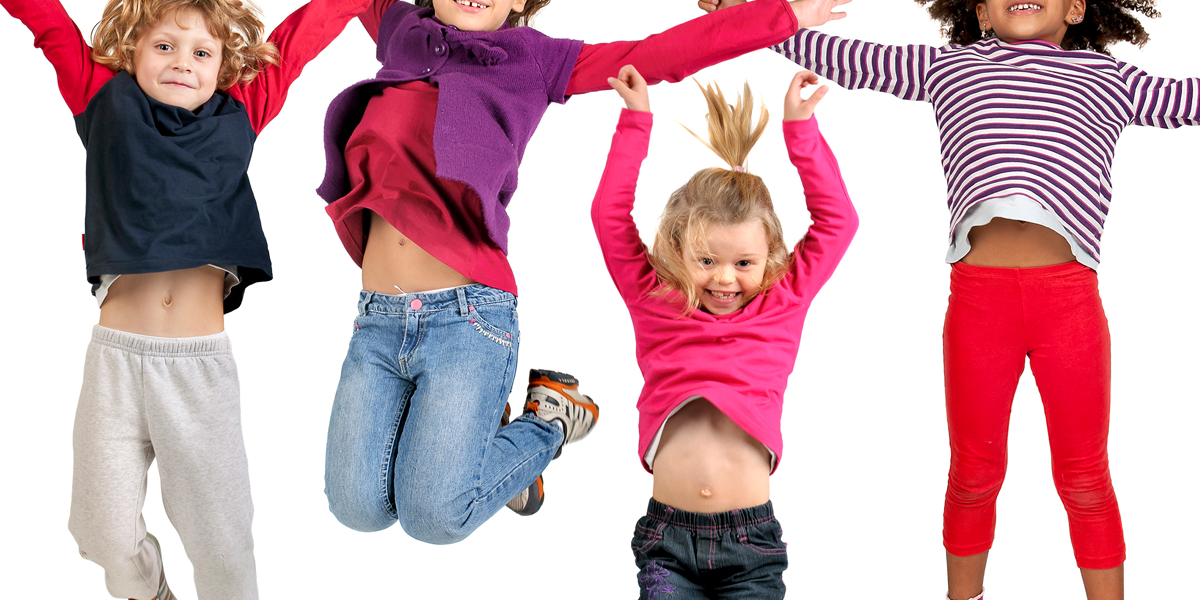 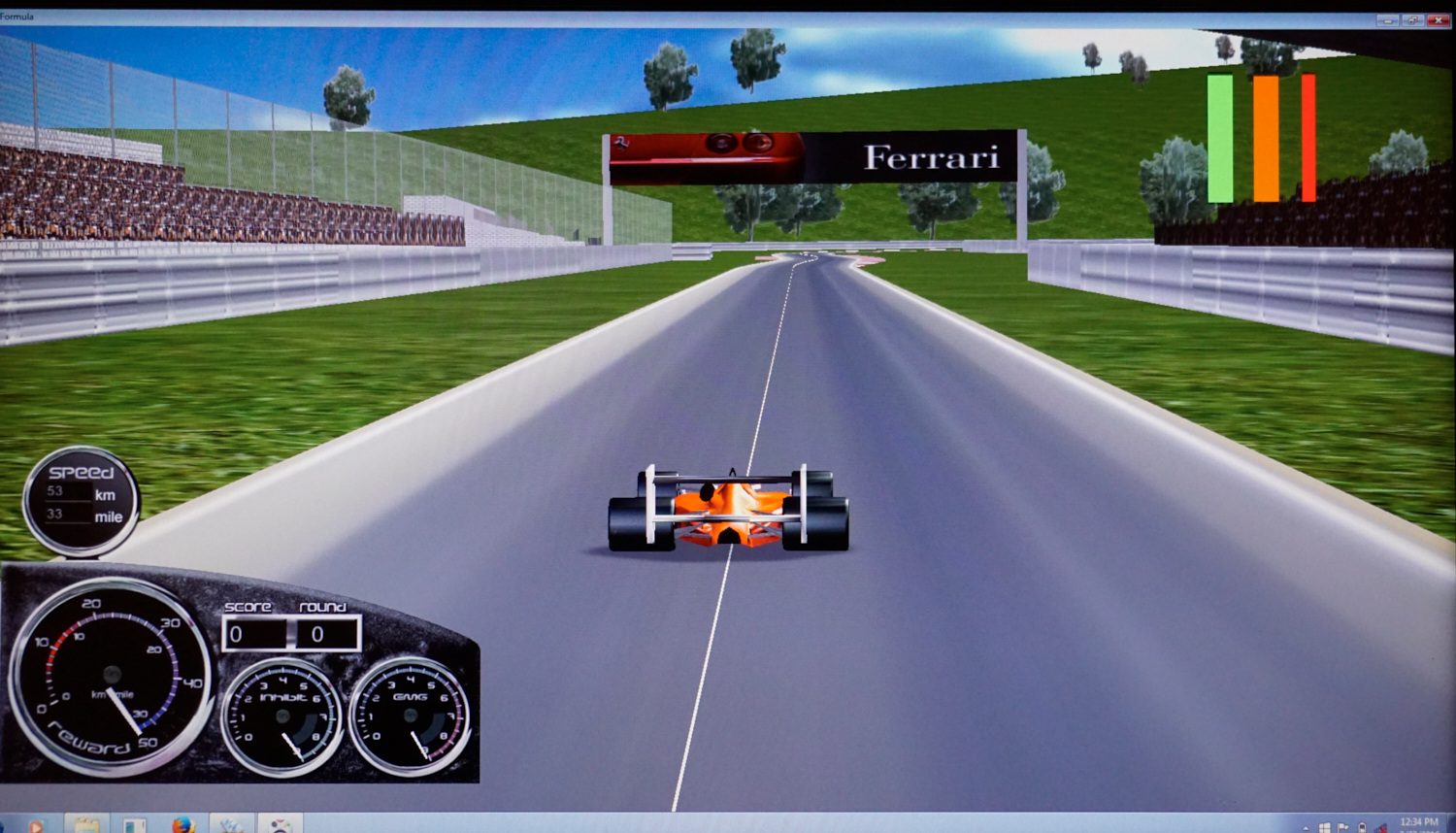 ADHD in its simplest form is characterized mainly by under-activity in the Prefrontal Cortex (PFC), which is the Executive Center of the brain.  This part of the brain controls, not only attention, but also motivation, judgment, problem solving, forward thinking (thinking before acting or anticipating consequences), and learning from experience.  Under-activity in the PFC is characterized by decreased blood flow, which is what is seen on a SPECT scan, and by a predominance of slower brain waves on a Quantitative Electroencephalogram (QEEG) or Brain Map.  When looking at the brain waves, the slowing is periodic, usually lasting only ½ to a second, but frequent enough to dramatically reduce function.  It is easy to set our Neurofeedback equipment so that the patient gets feedback when the brainwaves are normal and no feedback when there is slowing.  We have many feedback screens we can use, but in one set up, a racecar proceeds down the track when the brainwaves are normal and the racecar stops when the brainwaves slow.  By just trying to keep the racecar moving, the person is learning to activate the affected part of the brain, and through the miracle of Neuroplasticity, the brain responds by not only activating, but also growing new brain cells and forming new connections.  And, unlike stimulants for ADHD, Neurofeedback produces permanent results.

Other forms of ADHD

The simple type of ADHD described above can be treated with stimulants or Neurofeedback.  It becomes more complicated, however, when the ADHD is more complex.  Daniel Amen (Amenclinic.com and seen on Public Television) describes on his website and in publications, seven types of ADHD, which he has classified using SPECT brain scans.  All of these patients present with symptoms of ADHD, but with additional clusters of symptoms.  There are actually more than seven types of ADHD because there are also the patients who have any one of these seven types plus coexisting Learning Disabilities.

Case Example:  A 22 year old young man was diagnosed with ADHD in childhood and treated with stimulants.  He also abused marijuana for years, starting in high school.  Since marijuana deactivates the very part of the brain involved in ADHD, it makes ADHD worse.  Below, you see an excerpt of his brainwaves, showing how the brainwaves suddenly slow considerably.  This slowing will cause a loss of attention and either distraction or daydreaming.

This slowing is depicted on a portion of the Brain Map below.  Looking at the scaling under the images, you can see that there is MORE 7 and 8 cycle per second activity compared to the Normative Database, since the normal areas are white.

Now look at the dramatic improvement below after 16 LORETA Neurofeedback sessions.  Now the frontal 7 and 8 cycle per second activity is completely normal!  Such changes are associated with dramatic clinical improvement and they are permanent, unlike with medication.

Learning Disabilities are characterized by slowing that looks essentially the same as the brain waves above, but instead of the slowing appearing in the Prefrontal Cortex like ADHD, it occurs in the posterior or posterior/lateral parts of the brain, the parts of the brain having to do with processing language, math, images etc.  Unfortunately, since the diagnosis of ADHD is just based on a simple symptom checklist, patients are often misdiagnosed as having ADHD and put on stimulants.  Stimulants will stimulate anyone and may help functioning a little because of this, but it does not treat the underlying LD and there are always side effects when misused like this.  These side effects are often treated with additional medication.

The formal description of Learning Disabilities is a significant, persistent difficulty in understanding and using language, whether spoken or written, or significant difficulties in arithmetic or mathematical reasoning skills, during the formal years of schooling.  Obviously, these problems do not magically go away when someone leaves school, and it should also be obvious that other areas of the brain besides those having to do with language and math can also malfunction.  Stimulants can make a huge difference with the pure form of ADHD, but they do not address the underlying brain dysfunction seen in LD and there are no other medications that work.  Schools merely offer accommodations, which are ways to try to teach despite the LD, but do not change the underlying problem.

Fortunately, at Holistic Health & Counseling Center, we can diagnose LD, and ADHD in its various forms.  We use standardized computerized test to document the extent of ADHD and to assess Neuocognitive dysfunction.  We use various types of Psychological testing, and we use the Brain Map, which shows the brainwave patterns compared to a normative database.  We can then design an individualized program, which includes Neurofeedback.  Since we have the latest in Neurofeedback equipment, we can give feedback when multiple parts of the brain are function normally, and we can even target deep brain centers.  By giving feedback when the brain is functioning normally, since the brain is “Neuroplastic,” it can adapt to the new condition and learn to function normally.  And, the results are permanent.  Although with a better functioning brain, people will learn better methods of studying, organizing, etc, we can speed up the process by teaching new skills.  Call today to see what Holistic Health & Counseling Center can do for you or your loved one.